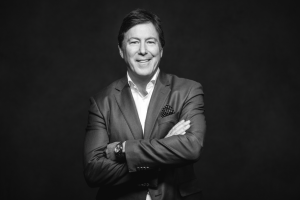 of Construction Lawyers held its Twenty-Fifth Annual Conference from May 26 to 29, 2022. Under the theme of “Construction Law in Times of Disruption”, more than eighty Fellows gathered in person for the first time in three years at the reputed Algonquin Resort in the beautiful town of St. Andrews-by-the-Sea in New-Brunswick to hear colleagues, guest speakers, and panelists share their industry insights and foresights covering a wide range of topics and issues related to Construction Law and the Construction Industry.

The agenda kicked off on Thursday afternoon with the Annual Meeting of the CCCL Board of Governors followed by a cocktail between the Fellows and their spouses and guests, and dinner at various local charming restaurants.

The Fellows were then presented with the compelling and impactful personal reflection of Fellow Doug Stollery (Edmonton) on the Vriend v. Alberta case that he pleaded before the Supreme Court of Canada in 1998, a case that determined that a legislative omission can be the subject of a Charter of rights violation. The case involved the dismissal of a teacher because of his sexual orientation and was an issue of great controversy during that period.

After the College’s outgoing President John G. Murphy (Montréal) shared his views of the College after a year at the helm, Day One continued with a presentation titled Conquering Complexity in Arbitrations and Mediations, moderated by Marcia Oliver (London, Ont.) and featuring panelists Joel Richler (Toronto), Master Carol Albert (Toronto), Duncan Glaholt (Toronto) and John Logan (Vancouver),  and a final presentation addressing Good faith in construction contracts, where under the guidance of moderator Michael Skene (Vancouver), panelists Simon Grégoire (Montreal), Brendan D. Bowles (Toronto) and ACCL’s Douglas S. Oles (Seattle) delivered a thorough update of the evolution of this concept in both Civil and Common Law.

Day Two of the Conference began with the College’s Annual General Meeting. New appointments and designations made at the AGM included:

Following the AGM, a session of five fast-paced Hot Topics in Construction Law was presented to conclude the substantive program:

The Conference ended with a Gala dinner that featured:

The 2022 Conference was steered by Program Coordinator Nicolas Gagnon (Montreal) and Assistant Program Coordinator Stephanie Hickman, Q.C. (St. John’s), with the invaluable assistance of Sharon Vogel (Toronto), who successfully faced the many challenges of organizing a first conference in three years under the cloud of the COVID-19 pandemic. Incoming president Geoff Machum, Q.C. is looking forward to leading the College to the 26th Annual Conference, which is currently scheduled to take place in Whistler, BC in May 2023.

The Canadian College of Construction Lawyers strives to facilitate and encourage the association of outstanding lawyers who are distinguished for their skill, experience and high standards of professional and ethical conduct in the practice or teaching of construction law, and who are dedicated to excellence in the specialized practice of construction law. For more information about the College and its Fellows, visit their website at www.cccl.org.

Get the latest information about our upcoming conference, and learn more about our past events.